Make a Programming Cable for a Yaesu FT-4X

I referenced this video to modify a Baofeng cable to make a programming cable for a Yaesu FT-4X.

So I got my Technician license April 2018 and wanted to get started in the amateur radio 2M band. Knowing that I would want to make a good antenna, I figured that I would need an antenna analyzer. I looked at the costs of analyzers on the market and decided to DIY. That’s when I found the EU1KY.

I assembled the analyzer using the required instructions for the EU1KY open source project (EU1KY wiki page) after ordering boards for the RF unit (I have extra boards for sale on my Ebay Site).

Note: The RF front end board mounts onto an
STM32F746G-DISCO Development Board (available from Digikey.com for about $60). Under the connectors for the RF board there are some surface mounted jumpers. The board comes with them soldered onto SB3/SB5. Move them to SB1/SB4 and then check them for continuity. Check that SB3/SB5 are non-continuous.

Connect I, V and Gnd from RF board to blue audio on Discovery board like this.

I welcome any discussion on this project. Just add comments below or email me at my arrl.net address (callsign ke0rje).

My son voted for his first time.

My son has been in special education all his life and graduated from high school in 2011. At 22 years old now, he is aware of his abilities, not his disabilities. He is kid like at times, but prefers to act like an adult. This year, voting made him feel more like an adult.

He came along when my wife and I went to vote. I knew if we voted and left without him voting, he would ask “why?” So before we left, I researched Minnesota voting statutes for persons under guardianship. I did some quick Internet searching to get the facts before we departed.

When we arrived, having my thoughts organized and secured, I asked the election officials whether my son could vote. I did so, with him close by my side, so he could watch me advocate for him. I explained that we are his legal guardians and that he has a Minnesota identification card. I told them that Minnesota statutes in chapter 524.5-313, paragraph 8, state “unless otherwise ordered by the court, the ward retains the right to vote.” They checked with the election judge who called the county office to check my facts. Shortly, thereafter, they confirmed that he could vote.

I filled out my son’s registration form and he signed it. The election judge flagged the form so that county would check whether the filed guardianship documents revoked his voting rights.

After this, the election official checked his id and our guardianship papers. She confirmed that his voting rights were not revoked. My son signed the voting registry and the official gave me instructions. I could only give directions and I could not influence his choices. He got his ballot slip, went to get his ballot and then to the voting booth. I gave him directions about the ballot and he marked his ballot for President of the United States and for one Minnesota constitutional amendment.

My son walked outside with a huge smile and was immensely proud of his bright red “I Voted” sticker.

Now, I have discovered that House bill HF 2188 could take away my son’s right to vote because he is under guardianship. Current statutes allow him to vote, but they disagree with the constitution, wherein Article VII, section 1 states:

The following persons shall not be entitled or permitted to vote at any election in this state: A person not meeting the above requirements; a person who has been convicted of treason or felony, unless restored to civil rights; a person under guardianship, or a person who is insane or not mentally competent.

The semantic disagreement was introduced in 2003. Statutes were changed granting a ward under guardianship the right to vote. HF 2188 seeks to correct this. The 2003 changes also defined an “incapacitated person” as one who is impaired to make responsible personal decisions.

My son is incapacitated but he understands that we “vote” for President.

Passing HF 2188 would require us, as legal guardians, to unnecessarily petition for restoring his voting rights, and how might my son feel, standing up before a judge to do so?

Adult activities like voting build my son’s self esteem. Taking away one will deflate it.

Help ensure hassle free future elections for him and he will proudly wear ….

The simplest things can evoke the strongest memories!

“The perfect butter pattern!”, uttered by my father on every grilled cheese sandwich ever made, flipping it only once. 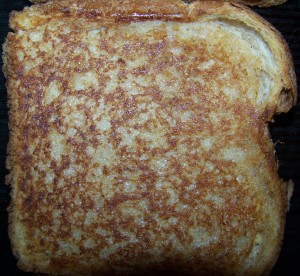 Tell me! What is a powerful memory you have of your father or mother and what drove it to the forefront of your mind?

Just had a philosophical epiphany. Googled it and found out that I think a lot like Sophocles. 🙂
Happens all the time and I find it funny and comforting when a modern rational conclusion echoes an ancient contemplation.
It confirms that there is a continuum of thought.

In case you ever wondered about LBG “Life before Google”

Do you enjoy learning something new about another culture? I do! It’s like a lens bringing a new perspective into focus.

A work colleague from China gleaned from our conversations that I liked Astronomy. He found a star chart in Chinese and gave it to me. 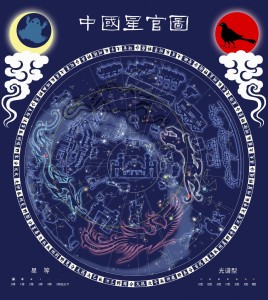 I was delighted to learn the names of the night sky’s asterisms in Chinese. The gleaming points of light that we all share have different names!

The wonders of the night sky inspire diversely!

Have you ever wondered what it must have been like to know only seven celestial bodies that move through the night sky?

Sun, Moon, Mercury, Venus, Mars, Saturn and Jupiter. That is all the ancients could see before telescopes. Of course there were comets and meteors. No wonder those were treated as omens.

7 has always been an important number to us.